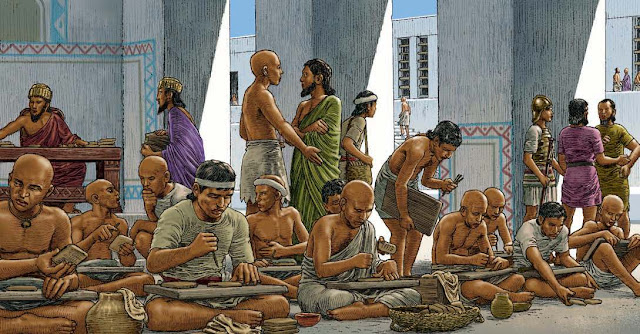 Every period I find interesting will generally stem from the reading material that supports it. One point worth bearing in mind is that whilst there are many books dedicated solely to the Sumerian civilisation most are limited in their military detail other than specific books. There simply isn't enough material available to us at present to provide rich detailed military studies like those of later eras. Nevertheless, here are some books you'll want to get a hold of for the wars of Sumer and Akkad that do give you plenty to chew on!

Ancient Armies of the Middle East

The old venerable Osprey title. Useful for an overview of the Biblical and Pre-Biblical era with a few pages on Sumer and Akkad. A very general guide, not particularly focused on the Third Millennium in the Near East, thereby providing useful background reading and some nice Angus McBride dress and equipment plates. We still await Osprey to deliver us a specific title on the armies and enemies of Sargon to help the uninitiated.

This book is next as it follows up nicely from the Osprey overview of the entire era. Getting a feel for where the Sumerian period fits into the overall history of the Near East is a good idea to understanding military technologies our era. About one quarter of the book covers the Sumerian period. The relevant chapters are written very well and they provide an excellent framework for the next book.

Warfare in the Ancient Near East to 1600 BC

This will be your first in depth book you most certainly will want to have. Jammed full of good info on Near Eastern warfare, Hamblin goes into alot of detail discussing military developments and individual weapon systems such as the composite bow and battle carts along with all manner of other information....buy it!

This title, whilst out of print, is well worth tracking down. The author's position in relation to the utilisation of the New Chronology doesn't appear in this book and the dates fit in with the conventional chronology. Excellent details on the organisation, tactics and dress and equipment, this is another must have in your library.

Living in the Ancient Mesopotamia

This book isn't focused on specific military activities, though it is touched on in the book. It is in my view an excellent visual guide with good detail on all aspects of life in Ancient Mesopotamia. This really gives the reader an understanding of the elements that go to make up the Third Millennium societies in the Near East and goes on to cover the Babylonians and Assyrian empire as well. A really good one to flick though that is pleasing on the eye....useful.

An excellent book that gives translated text that is so hard to find. It covers quite a spread of the Bronze age so doesn't specifically focus on just on the Early Bronze Age in Mesopotamia. Put together by multiple authors it has some nomenclature inconsistencies, but nothing that would prevent you from finding your way around once familiar with the period from the above books. 88 pages focus directly on Sumer and Akkad, so this is one to go to when you want to dig deeper and get a handle on how the Ancient Sumerians wrote about their world. Recommended.

King Hammurabi of Babylon: A Biography

A book about the life of the Great King, Hammurabi of Babylon, that post dates the era of the Sumerian age. Nevertheless it is an excellent read and shows the 'ins and outs' of what was happening in that part of the world shortly after the collapse of Sumerian hegemony and no doubt shows what was happening during it. A really good read - highly recommended.

The chap that started it all. Woolley's sensational finds showing Mesopotamian civilisation predated the great pharaohs by a thousand years or more opened up the whole study of the Ancient Near East. A good read that's readily available, specifically on the subject at hand, that despite its age and scholarly style still holds its ground.

A book covering all aspects of the lives of soldiers in the ancient world. Chapter Twenty-Two is specifically focused on Sumer and Akkad - see the warfare section for this extract. The book in its entirety comprehensively covers a number of other biblical subject and later periods - Recommended.

Wheeled Vehicles and Ridden Animals in the Ancient Near East

An exhaustive study with a section on the third millennium that is excellent. Subject such as the use of equids, battle cars, straddle cars and other ridden vehicles - scholarly 'dry' reading but essential. Hamblin's more recent study (above) counters the view in this book regarding the use of battle cars - both books are equally important as counterpoints to one another. The google preview will give you most of what you want - excellent stuff.

Selected Writings on Chariots and Other Early Vehicles, Riding and Harness 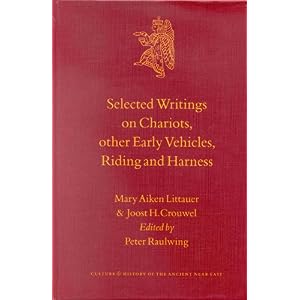 A follow on volume written only recently with many discussion points and essays on chariots, straddle cars and all manner of other wheeled vehicles. Once again an exhaustive study worth crawling over. An expensive book but the google preview will give you most of what you want - excellent stuff.